When you have such a wide range of performance models like Mercedes-Benz does with its AMG lineup, it’s only natural that you come up with novel ideas to promote your products.

Bringing together the entire product range, from the C63 AMG to the brutal G63 AMG SUV and the “gullwing” SLS AMG (well, sans the newly announced A45 AMG and its four-door brethren,the CLA 45 AMG), to fire up their engines at the same time and create a mechanical orchestra of sorts, sounds good in our book.

However, we should note that U.S. magazineCar&Driver attempted something similar last year with nine Mercedes-Benz AMG models screaming at the top of their mechanical lungs on the road.

In the official Mercedes gathering, we counted 18 models (though, we could be wrong on the number), that produce a combine output in excess of 11,300 horses and more than 10,000 lb-ft of torque. Hear them out in the video after the jump. 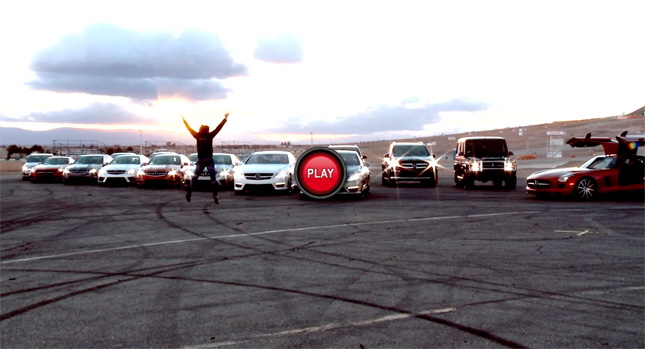