Maserati MC12-Successor based in Ferrari LaFerrari is On the Drawing Board, and coming soon… 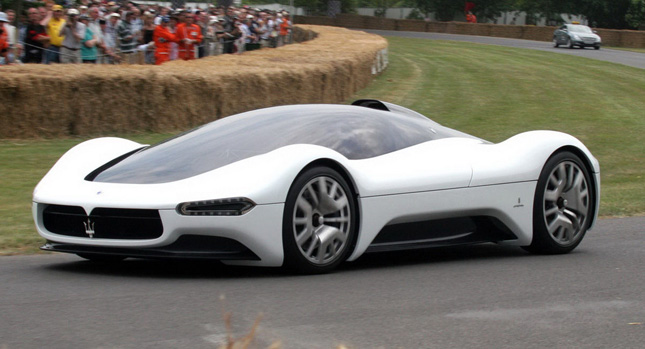 We remember the Maserati MC12 supercar, but it was never really popular with enthusiasts, despite being based on the advanced Ferrari Enzo. It looked like a racing car, with very long front and rear overhangs, and a big fixed wing on the back – it was probably extremely difficult to park, as well (not that it matters…).

Still, it retained the carbon construction of the Ferrari, and kept its engine, albeit detuned from 651 hp, to 620 hp. It was extremely fast, but just a little bit slower than the Enzo.

Times have moved on, and the successor to the Enzo is here. Now, according to Car Magazine,Maserati is reportedly working on a refreshed version of the MC12’s formula, using the latest and fastest Ferrari as a base. Apparently, the car is set to be revealed in 2015, but despite the fact that some two more years will have passed until then, it is probably not going to get the hybrid system that boost’s LaFerrari’s total power output close to 1,000 hp.

This however, will bring about other benefits, key among which will be even lower weight – theoretically, it would be less than 1,255 kg or 2,766 lbs. If power were to be kept around the 800 hp mark, the lighter car should prove almost as quick and possibly have even better handling.

According to the British publication’s sources, though, Maserati doesn’t seem to be constrained to use the V12 engine from LaFerrari, and they speculate that a quad-turbo version of the 3.8-liter V8 found in the Quattroporte could give them closer to 900 hp.

When it comes to costs, even if the Maserati is a little bit slower than the Ferrari, don’t expect to pay any less for it, because while you may not be getting the same performance, you are getting considerably more exclusivity and just as inspiring a badge.

The production run will predictably be lower than that of the red car, but we say it will be more than the 50 MC12s they made. However, since they also made 400 Enzos and now they will be making 499 LaFerraris, it is fair to assume the number of Maseratis could be higher, as well.