Where are the Honda enthusiasts?
We have good news!
Firstable we’re very impressed of this exterior that looks aggressive and futuristic in the same time.But what Honda has to reveal with this Honda Civic Type R?Let us show some of the specifics.According to the team of Honda they describe this car as a ‘’racing car for the road’’.That aerodynamic shape promises very high performances from this type R.We must say that many of the styling features will give to the customers real functions rather than just aesthetics.The key of the design team of Honda was to add down-force, provide cooling and also achieve optimum airflow.One of the biggest advance in this concept model is the new rear spoiler featuring led tail lights integrated into the rear wing which make this type R looks like its coming form the future. Furthermore, the new headlight design with integrated led daytime running lights and the sharp horizontal fog lights give a unique character to the face of the Type R Concept. The upper and lower front grilles have been enlarged and air outlets on the bonnet provide cooling for the high output engine. The front and rear fenders have been widened to accommodate wide tyres and air outlets are integrated to optimise airflow. Supporting the design direction are 20-inch wheels, edged by a red ring, with visible red brake callipers and a bright red stripe running along the bottom of the front spoiler.Dont be scared from those added features that sure have provided this car with an aggressive apearence.
Your thoughts ?
Also don’t forget to take a look at the gallery
Source: http://www.netcarshow.com 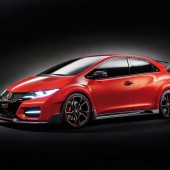 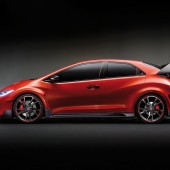 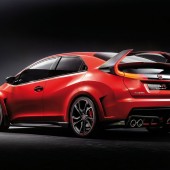 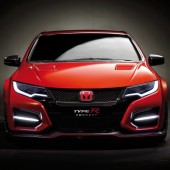 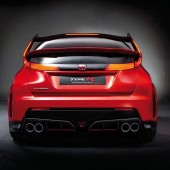 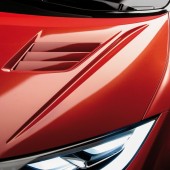 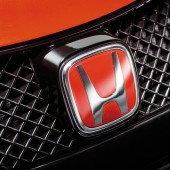 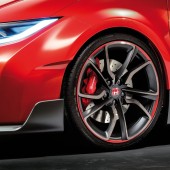 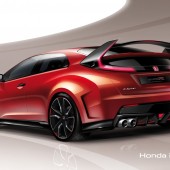 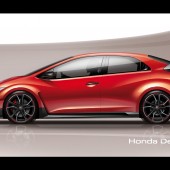