Koenigsegg will debut a new supercar called the Koenigsegg Hundra at the Geneva Motor Show 2013 next week. The car is the 100th supercar produced by the Swedish car maker hence the name “Hundra” which means 100 in Swedish. 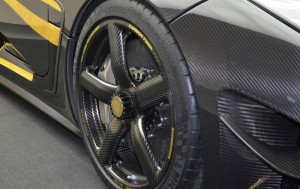 Let’s go back to where it all began; the year is 2002 where after eight painstaking years of constant development, the small striving Koenigsegg team delivered the first production cars to anticipating customers. 10 years later, in September 2012, the first carbon prepreg pieces were cut on the routing machine for Koenigesgg’s 100th production car. This car was the Hundra, a unique one-off Agera S being built for an excited car collector.

The Hundra is a beautiful clear carbon right hand drive Agera S with celebratory, artisan hand laid and swirled, 24 carat gold leaf inlays creating an intriguing mix of traditional and hi-tech craftsmanship. The Koenigsegg family has grown from a handful of dedicated craftsmen and engineers, to over 50 full-time employees and more than one hundred proud caretakers of precious Koenigsegg cars.

The perfection has not gone unnoticed over the 10 years, they have won several awards among them being four Guinness World records, Forbes award for one of the ten most beautiful cars ever made, the prestigious Red Dot design award, Top Gear Hypercar of the Year award, the longest lasting Top Gear Power Lap record ever, Entrepreneur of the Year by Ernst & Young and Worlds Top 100 Luxury Brands award among others.

To top it all, a book has been written on this success titled “0-100 in 10 Years” and it features remembrances and voices of drivers, owners and key persons that helped Christian create the cars they love, the story of Koenigsegg is being told, in words and pictures. 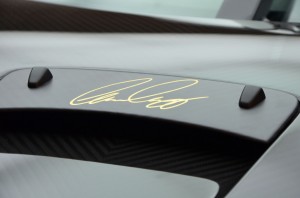 The limited edition coffee table book features 300 pages of exiting and beautiful material, never seen before. It has a very limited series of 10 pieces, each signed by Christian von Koenigsegg. The prints are created to capture the soul of Koenigsegg´s unique automobiles.