The fastest man in the world deserves nothing less than the fastest car in the world. Well, not really. But a Nissan GT-R, and a gold one at that?

Pretty impressive, to say the least.

The one-off “Bolt Gold” GT-R, which we first saw last year, was actually auctioned off to a lucky winner. So this isn’t the same gold-bathed GT-R that we saw then.

Now, the second model is based on the 2014 model, and is customized to suit Bolt’s driving style. As far as the special customization work is concerned, this GT-R boasts of the same “Bolt Gold” exterior color of the auctioned car while also getting an exclusive “Spec Bolt” emblem, a saucy white interior, a Bose audio system, and a set of 10-spoke hyper-titanium color-coated RAYS aluminum-alloy forged wheels. 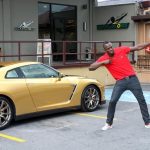 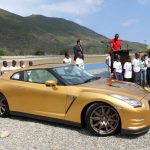 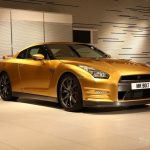