Seat has unveiled the new Leon Cup Racer – a model specially prepared for racing series worldwide. The Cup Racer is offered in two versions: one with a DSG transmission priced at €70,000 ($92,000) and the endurance version with a sequential transmission and mechanical differential lock priced at €95,000 ($124,500).

The Cup Racer version is based on the standard five-door Leon and feature a metallic matte grey paint combined with orange accents. The model is about 40 cm (15.71 inches) wider than the standard version and sits on 18-inch racing wheels. Seat has also installed an aerodynamic package that improves the car’s stability at high speeds. This kit includes a new front spoiler, a rear diffuser and a two-phase roof spoiler mounted on a support.

For the interior, the company offers a high-strength roll cage, bucket seats with a HANS head-protection system, a multifunction steering wheel and a high-resolution TFT display. Under the hood, the Leon Cup Racer gets a 2.0-liter, four-cylinder turbocharged engine that delivers a total of 330 horsepower and 258 pound-feet of torque. 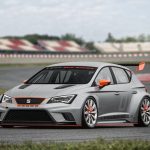 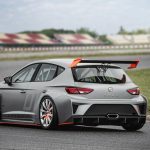 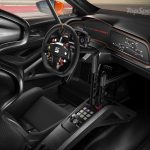