The fastest version of the Bugatti Veyron,the Super Sport, already holds the land speed record for a production car with its top speed of 268 mph, but Bugatti looks set to smash its own record with a new model built to commemorate the end of the Veyron’s production.

It’s hard to believe that the Veyron has been around since 2005, but a secessor is planed , which means production of the current model must come to an end.

We’ve already brought you details about the last version of the Veyron, which we previously reported would deliver 1,600 horsepower in a package that’s 550 pounds lighter than the current lightest Veyron. That model is the Veyron Super Sport, which tips the scales at almost 4,200 pounds, which means the new model may achieve the holy 1 horsepower per kilo (2.2 pounds) of weight.

According to the latest information from CAR, the last version of the Veyron, which has already been nicknamed the “Super Veyron,” will have a top speed of 288 mph, 20 mph faster than the current world record. Equally stunning will be the car’s acceleration figures, which is said to include a 0-60 mph time of just 1.8 seconds 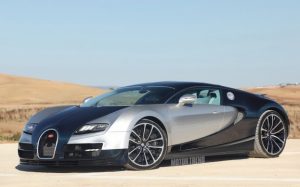 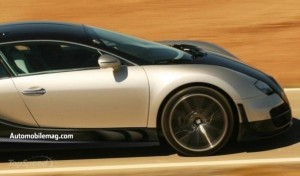 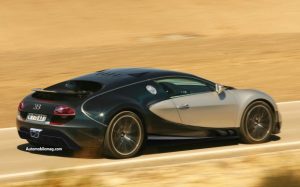