Ferrari has confirmed that the Enzo successor, Ferrari F150 will debut at the 2013 Geneva Motor show

Rumour has it that the upcoming Ferrari F150 comes with a 7.3-liter V12 engine that should produce 800hp and a KERS/hybrid system can lift the output even further to a peak of 950hp. 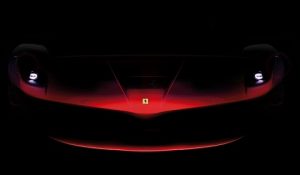