The Maserati Ghibli has finally landed at the Shanghai Auto Show 2013. It has been a long time in development, however, the Maserati Ghibli is now a fully ready production car. Maserati are hoping that it will be their volume model.

As expected, the 2014 Maserati Ghibli carries a similar shape to the larger and more expensive Maserati Quattroporte while also having its own aggressive edge. Although some fine details about the car still remain unknown, the Ghibli should measure just under five-metres. When it first hits the market, the Ghibli will be available with two 3.0-liter V6 engines. The first will actually be Maserati’s first ever diesel powered production unit, while the latter will be a more conventional petrol powered unit. No official horsepower or torque outputs for those engines have been released just yet, but it’s expected the petrol V6 will deliver upwards of 410hp while the diesel should produce around 330hp. A V8 engine is then expected to complete the Maserati Ghibli line-up but no official word for such an engine has been given. 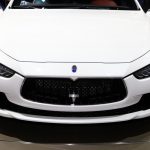 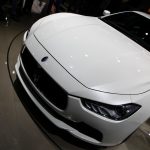 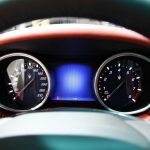 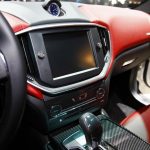 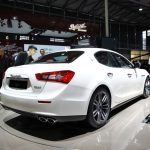 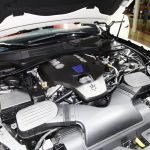