Its quite a surprise to see the Detroit Electric SP:01 at the Shanghai Auto Show 2013. We only recently got full details of this new, Lotus Elise-based project. The name itself is nothing new. The Detroit, Michigan based manufacturer produced 13,000 electric cars between 1907–1939. The company name is now owned by an ex-Lotus engineer and cars will be built at the Fisher Building in Detroit. 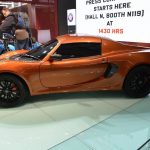 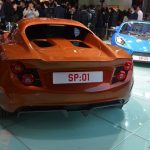 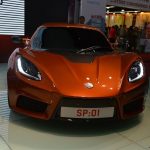