There are over-the-top supercars…and then there is the Pagani Zonda. The latest one was just released, called the Zonda Revolucion. It’s the final version of the Pagani Zonda, which was revealed to clients and family members during Vanishing Point 2013: The International Pagani gathering.

The central monocoque of the car is made from carbon-titanium, allowing the car to weigh in at a super light 2358 lb. Under the hood is the AMG Mercedes-built engine that also powers the Zonda R. The 6.0-liter V-12 has been tuned to produce 800 hp and 538 lb-ft of torque, resulting in a power to weight ratio of 748 hp per metric ton. The engine comes mated to a 6-speed magnesium transversal and sequential gearbox that can perform gear changes in 20 milliseconds.

The car’s traction control system developed by Bosch has 12 different setting, and the renewed ABS system allows the driver to adapt the behavior of the car to his driving style.

The Pagani Zonda Revolucion also features a DRS (Drag-Reduction-System) on the rear wing. The system has two different operating modes, both can be activated by the driver at any time. The manual system is controlled with the DRS button on the steering wheel. The rear wing changes between maximum and minimum downforce settings, at the occurrence of a lateral acceleration of +/- 0.8 g and a minimum speed of 100 km/h. Holding down the DRS for more than two seconds engages the DRS to work automatically according to the algorithms developed by the Pagani Automobili engineers during the development phase. The result is a car that is always fast, a strong performer able to take on any circuit in the world.

So what is the asking price, you wonder? A cool 2.2 million Euros or US$2.8 million. Okay, maybe we’ll just try it out on our PlayStation3 console… 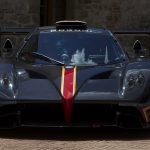 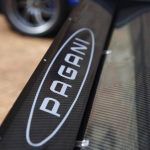 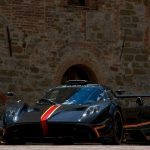 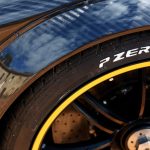 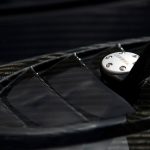 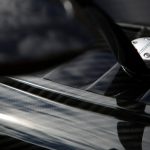