eBay Find of the Day: Supercharged MG TC with five-speed

As the story goes, it was United States GIs, stationed in Great Britain during World War II, who first fell in love with the MG marque. There they saw, drove and were smitten by the MG T-Series roadsters. After the war, thousands of enthusiasts drove and raced cars like this 1948 MG TC here in the US – no less than Formula One’s Phil Hill and the late Dean of Automotive Journalism, David E. Davis, Jr., found the cars to be willing companions.

So you can rest assured, at least, that if you were to pick up this very excellent MG example from eBay Motors, you’ll be in excellent company.

By the looks of things, you’ll have an excellent little British sports car, too. This particular TC has been fortified with a “Mirage Garage” supercharger, likely bumping up the very modest original output of the 1.3-liter four-cylinder from 45 horsepower to close to 70 hp. The current owner has also installed a five-speed Ford gearbox, likely making this TC quiet drivable by modern standards. The tan paint stripe down the side of the body, along with the non-stock internals will likely exclude the ’48 from the love of concours judges, but driving is more fun than parking on grass, anyway.

An ambious asking price of $79,999 (or best offer) will scare away the faint of heart, but for those well-heeled and looking for a classic weekend diversion, you could do far worse. 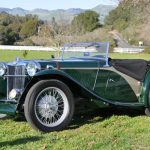 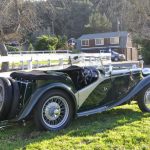 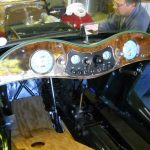 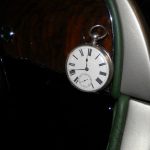 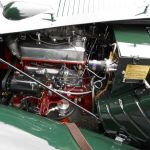 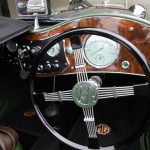