Every year at the Wörthersee event, Audi makes sure that its presence is felt significantly.

This year, the German automaker is presenting the “Home of quattro” and it’s got a pretty impressive concept on tap to make its debut in the form of the TT Ultra Quattro Concept.

It’s based on the Audi TT, the German brand’s resident sports car. That’s as far as similarities go because the TT Ultra Quattro Concept is more like the TT’s hotter and sexier cousin, dressed more provocatively to accentuate its sexier curves.

Sure, it’s a concept, which is a real shame, and if Audi ever decided to bring the car to production, it might have to do so at the cost of what makes this car really unique.

At the end of the day, the TT Ultra Quattro is a fantastic concept that will probably give Audi headaches should it decide to green light production. But in its current state, it’s remarkably awesome in every sense of the word. 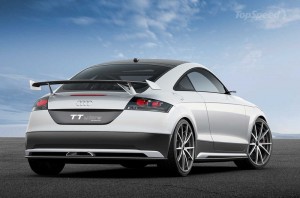