Fifty years ago, the original Porsche 901 debuted at the 1963 International Motor Show (IAA) in Frankfurt, Germany. To celebrate the introduction of that first in a series of iconic sports cars,Porsche will introduce a limited-production version of the 2014 Porsche 911 Carrera S, to be shown at the 2013 IAA in Frankfurt. Just 1,963 units will be produced for sale around the world.

Like the original 901, the new 911 50th Anniversary Edition is a coupe equipped with rear-wheel drive and a horizontally opposed, or “flat,” 6-cylinder engine. The car features the flared bodywork of the Carrera 4 model, special 20-inch wheels designed as a tribute to the 911’s legendary “Fuchs” design, Sport Design side mirrors, chrome exterior detailing, high-gloss window surrounds, and a 3D-effect rear badge reading “911 50.” Buyers can specify black paint, or a choice between two colors unique to this model: Graphite Grey or Geyser Gray.

Inside, the 911 50th Anniversary Edition has “911 50” embroidered on the front-seat headrests, stamped into the aluminum doorsill plates, and printed on the tachometer. Instrumentation resembles that of the original Frankfurt show car, with green labels and white pointer needles with silver pivot caps, and the cabin is trimmed in Porsche Exclusive aluminum paneling. The leather-wrapped 14-way power sport seats have inserts designed to mimic the original 901’s Pepita tartan plaid design.

Rest assured that the 911 50th Anniversary Edition amounts to more than just visual decoration. Porsche Active Suspension Management (PASM) and a sports exhaust system are standard, and the standard Powerkit includes the Sport Chrono Pack and a bump in engine output. Offered with a traditional manual gearbox or a Porsche Doppelkupplung (PDK) automated manual transmission, the 430-horsepower special-edition 911 Carrera S will accelerate to 60 mph in 3.8 seconds (with PDK) and achieve a top speed of 186 mph, according to Porsche.

Porsche says the car goes on sale this fall for $125,050, including a $950 destination charge. With so few planned for production, and fewer still coming to the United States, it might be a good idea to reserve one now. 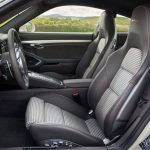 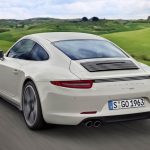 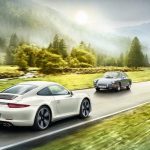 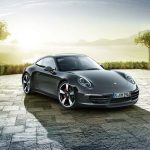 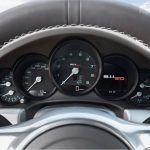 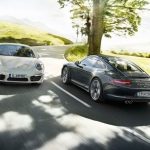 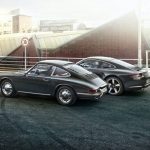 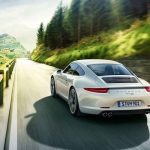 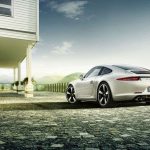