BMW will offer the 4 Series in 428i and 435i models, both of which can be had with xDrive all-wheel drive. Just like in the 3 Series, the 428i is powered by a 2.0-liter turbocharged inline four-cylinder engine, good for 240 horsepower and 255 pound-feet of torque, and the 435i gets BMW’s turbocharged 3.0-liter inline-six making 300 hp and 300 lb-ft. In three of the four models, both a six-speed manual and eight-speed automatic transmission are available; the 428i xDrive can only be had with the auto ‘box. The 428i (with rear-wheel drive, we assume) can hit 60 miles per hour in 5.7 seconds (though BMW doesn’t specify with which transmission), and the 435i will do that same sprint in 5.3 seconds with the manual and five seconds flat with the eight-speed auto.

We’ve already dissected the 4 Series’ visuals, but the numbers show just how different it is from the 3 Series sedan. The 4 Coupe is one-tenth of an inch longer overall, while riding on the same 110.6-inch wheelbase, is 0.6 inches wider, and has a roofline that’s a full 2.7 inches closer to the ground. It looks sleek, incorporating BMW’s new design language from the 3 Series with an overall profile that’s similar to the larger 6 Series coupe.

BMW will offer the 4 Series Coupe in three different trim lines – Luxury, Sport and M Sport. Much like the 3 Series range, the Luxury line focuses more on overall amenities and upscale appearance, while the Sport and M Sport models are meant to offer the most driver-focused set of equipment with slightly more aggression outside. 18- and 19-inch wheels are available on all models, and M Sport models get a whole raft of equipment including better suspension tuning and upgraded brakes to make the whole package more exciting on the road. The cabin doesn’t look all that different from the 3 Series, incorporating the same suite of technological goodies and creature comforts, and is offered in a variety of hues. 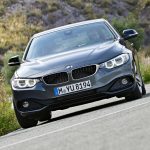 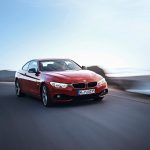 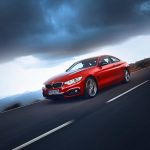 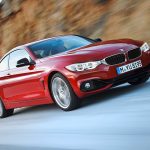 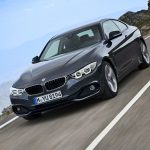 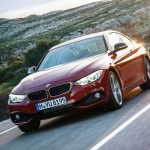 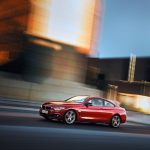 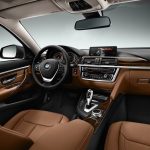 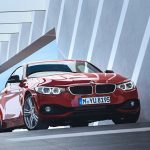 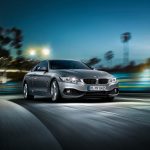 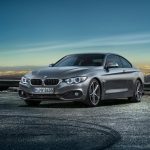