For years, Nobuhiro ’Monster’ Tajima was considered the king of the Pikes Peak International Hill Climb. All that, however, changed last year when Rhys Millen broke Tajima’s world record up the hill with a time of 9:46.164 in a modified Hyundai Genesis Coupe.

But if you thought that the Japanese legend would take that defeat sitting down, you got another thing coming. And by ’another thing’, we mean the Monster Sport Super 86.

That’s the name of the Toyota GT 86-sourced race Monster Tajima will be bringing to Pikes Peak this year. Yep, say good bye to the Sport E-RUNNER because the man, the myth, and the legend will be driving a brand new bad boy in his quest to reclaim the Pikes Peak record.

Looking at the Super 86, you’d be hard-pressed to think that it’s an actual GT 86. There are styling similarities, particularly the use of the sports car’s front end, but for the most part, the similarities come few and far in between.

Plus, the Super 86 is designed to compete in the Pikes Peak Unlimited Class, which pretty much means that engineers have free reign to build a car that can throw down with the best of ’em.

There are very few specific details about the Super 86, but there are whispers that the racecar is set to be powered by a 3.0-liter twin-turbocharged V-6 engine that carries an output of 670 horsepower to go with an all-wheel-drive system. 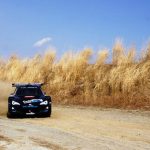 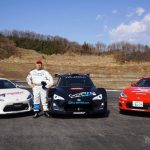 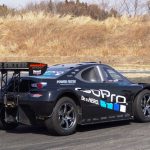