For the 2013 Easter Safari, Jeep has found a solution to combine design elements from theSRT Viper with the amazing off-road capabilities of the 2013 Wrangler Rubicon. This daring combination has been made in the Wrangler Stitch – a concept car that delivers a power-to-weight ratio similar to that of the Jeep Grand Cherokee SRT.

The exterior went on a diet too, as the hood is made of carbon fiber and the roll cage is made from chrome. All the weight-saving changes lead to a total weight of just 3,000 pounds.

One of the past Easter Jeep Safari concepts still loved today by enthusiasts is the light weight Pork Chop. For this year’s Safari, Jeep has created its first follow-up vehicle with the new Jeep Wrangler Stitch. Based on the 2013 Wrangler Rubicon, the Stitch has been lightened to a parse 3,000-lb. curb weight, giving it a power-to-weight ratio similar to that of the Jeep Grand Cherokee SRT.

Jeep designers shaved weight where ever possible: the frame, axles, body and interior. The audio system and all heating and air conditioning components have been removed. The front seats are taken from the new 2013 SRT Viper and the rear seats have been removed. Sections of the body have been cut out, the doors have been removed, and the hood is a custom carbon fiber version of the one found on the Jeep Wrangler 10th Anniversary Rubicon. The standard roll cage has been replaced with a chrome moly unit, and the Full-Traction lower control arms, floor pan and GenRight fuel tank are made of aluminum. Even the frame and axles were modified to remove weight. 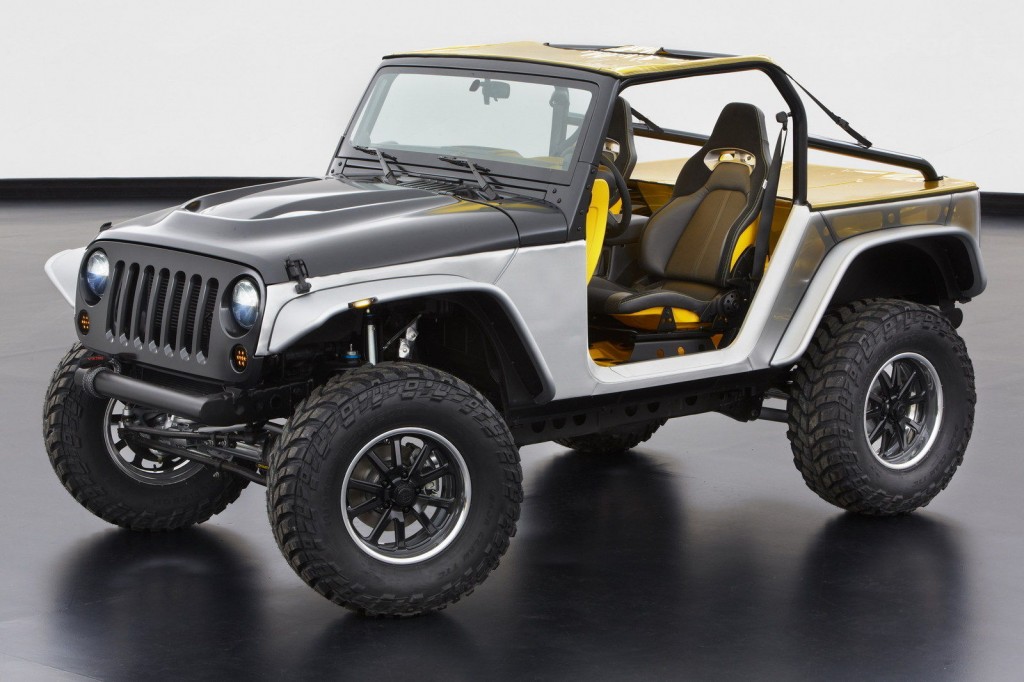 Unique design details include a windshield that has been chopped two inches, a clear yellow vinyl soft top, black leather SRT Viper seats and center console with a yellow instrument panel and seat backs, Truck-Lite LED headlamps and the previously mentioned carbon fiber hood. The black body panels are wrapped in a unique, see-through silver architectural fabric that hides the cut panels at some angles, and makes them visible at others. 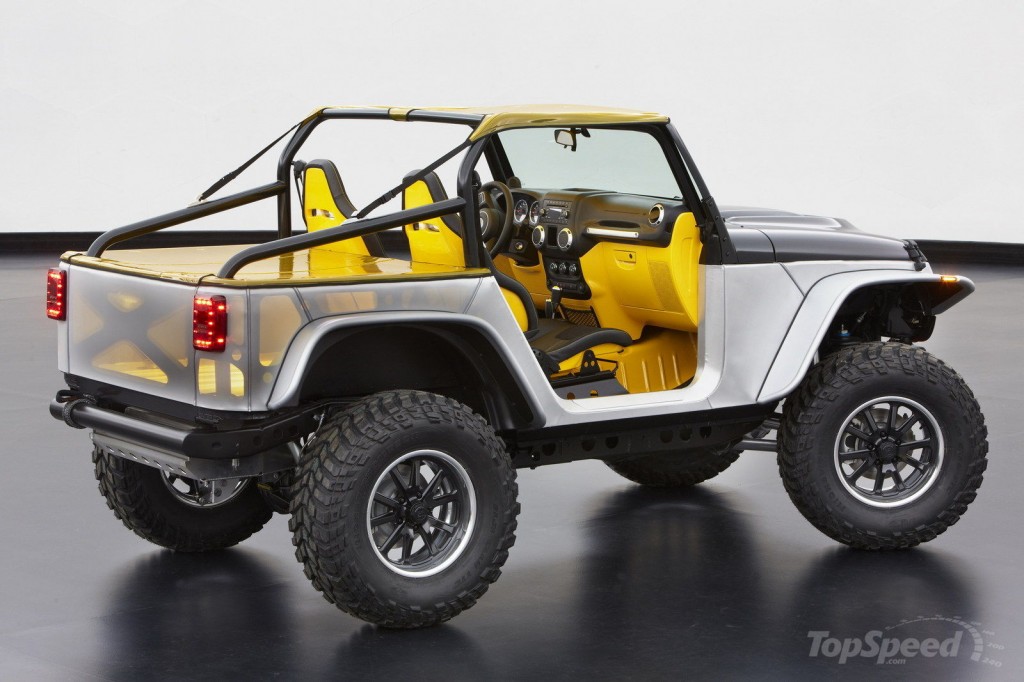