Wish you could buy a Lamborghini Veneno, but at $4 million they’re too expensive and they’re all sold anyway? Well, for a bargain of $2.1m you can get the 1998 equivalent. This is the stealth Lamborghini Pregunta.

Only one Pregunta exists, commissioned by Lamborghini just over two weeks before Audi took over and calmed the whole brand down. The construction went to the Italian branch of Heuliez, the noted French coachbuilder. Now, asMotor Authority tipped us off, it could be yours!

Amazingly, when Audi did take over, they ordered every existing prototype destroyed, claims the car’s auction page at Autodrome. Luckily, the Pregunta was too far along to get the ax by that time.

The car is based off of a Lamborghini Diablo (much as the Veneno is an Aventador under the skin) only the Pregunta is converted to rear wheel drive and its radiator is moved to the front. It has a standard 530 horsepower V12 and a 207 mph top speed.

Amazingly, the bodywork is actually covered in “Dassault stealth external paintwork from the Dassault Rafale jet fighter [seen below -ed.].” Feel free to shit all over Lamborghini Reventon owners because your Pregunta is really stealth. This will make you extra popular at the next Cars and Coffee you go to. 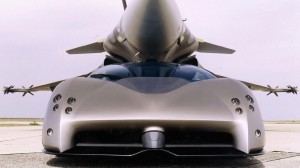 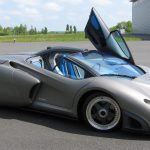 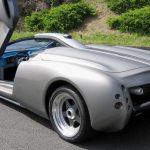 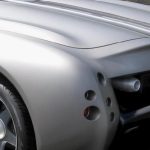