One of the original ‘Eleanor’ Mustangs created for 2000’s hit movie Gone in 60 Seconds is going under the hammer at the Dana Mecum 26th Original Spring Classic Auction taking place in Indianapolis this May.

Eleven of the fictional Eleanor Mustangs were created for the movie, although only three of these were working cars, and two of these were destroyed during filming.

As Mustangs Daily notes, the cars were built by Cinema Vehicle Services with the help of legendary coachbuilder Chip Foose.

Key features of the Eleanor Mustang were its centrally-mounted driving lights, pumped fender flares, and unique hood and trunk. Power came from a 5.7-liter V-8 crate engine, rated at 400 horsepower.

Included in the sale is certification of the vehicle’s authenticity from the company responsible for building it, as well as a special plaque that includes the VIN. 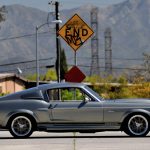 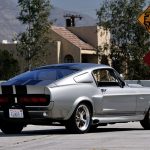 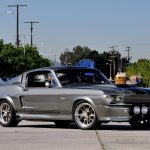