The Vmax200 Supercar Top Speed event took place in the past weekend, an event organized by petroheads from the Audi SRS Forum and other German Forums and tuners. Just like the name suggests, the aim was to achieve the maximum ground speed on a 2 mile straight runaway.

Dubbed the “DeutscheMax” the event was attended by some of the best cars in the industry; they included Audi R8 in both V8 and V10 powerhouses, the Porsche 911 represented by both 996 and 997 variants including turbo models. BMW was represented by M5s and M6s and a few supercharged M3s stocked with 700bhpwhile RUF showed up with their CTR3. The Italian Marques were represented by the Ferrari 599 GTO and the Ferrari 458 Spider. 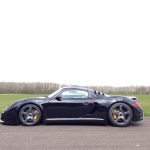 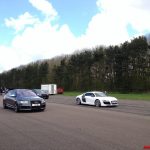 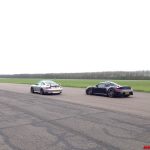 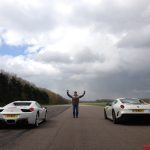 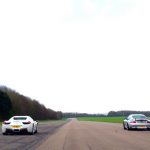 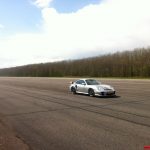 The land speeds were indeed set straight, the highest came from a Danish driver at 215mph while the Heffner Audi R8 twin turbo did a 205mph a speed matched by the RUF CTR3. Kleeman Mercedes set a 196mph while the two BMW M3s managed to record above 180mph. The Ferrari 599 GTO did a 192mph while its sister the Ferrari 458 Italia recorded 181mph.