Mercedes doesn’t just make luxury crossovers: it’s also made some of the most awesome supercars ever to speed down the Autobahn – even if most of them have used automatic transmissions.
Mercedes-Benz may be best known for luxury cars, but the Silver Star marque also has a rich history of building some of the most impressive supercars this side of a Pagani – whose cars it also happens to power. With a deep involvement in motor racing of all sorts, it should come as no big surprise that Mercedes has translated its motorsport prowess into road-going supercars. But lots of automakers that regularly race don’t necessarily produce the kind of extreme performance machines that Mercedes has.
Our list begins with the most recent supercar to come from the German automaker: the SLS AMG. The first exclusive product of Mercedes-AMG, the SLS is a modern tribute to the original 300 SL, but while the SLS carries the classic’s gull-wing doors and some retro styling, there’s nothing outmoded about the SLS. The SLS AMG launched over three years ago with a 6.2-liter V8 packing 563 horsepower, and has since bred numerous derivatives: the Roadster, the upgraded GT, the Black Series and the Electric Drive. But even in its most “basic” form, the SLS can run to 60 in under four seconds and top out at over 200 mph. 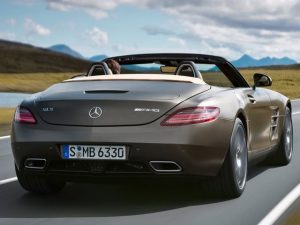 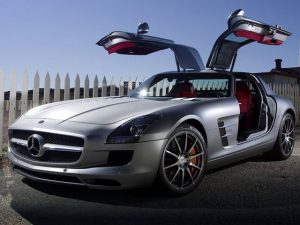 Prior to the SLS, the king of the Benz hill was the SLR. Developed and produced byMcLaren, the SLR was a racing-inspired supercar with Mercedes levels of luxury and refinement. Its 5.4-liter supercharged V8 churned out 617 horsepower to send the carbon-fiber super-GT to 60 in 3.4 seconds. Like the SLS, the SLR family expanded to include a Roadster, the 722 edition, the Stirling Moss speedster and numerous combinations thereof. Ultimately it proved the last time Mercedes and McLaren would collaborate, as the former sold its stake in the latter, which in turn went its own way with the MP4-12C and the new P1. 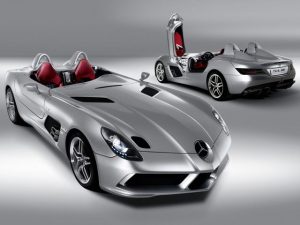 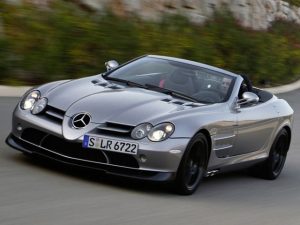 There wasn’t a big gap in between the SLR and the SLS, but for that brief window, the SL65 AMG Black Series served as Mercedes’ flagship performance model. Based on the fifth-generation SL, the Black Series ditched the heavy folding hard-top in favor of a fixed roof and upgraded with such enhancements as bigger spools for the 6.0-liter twin-turbo V12, improved breathing, lighter body panels, a beefed-up suspension, bigger wheels and tires and upgraded brakes. With 661 horsepower, the SL65 Black was more potent than the SLS or the SLR, standing as the most powerful production Mercedes sportscar to date. 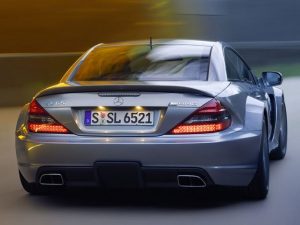 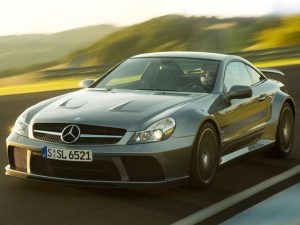 Homologation regulations have given us the Maserati MC12, Porsche 911 GT1 Strassenversion, Lancia Stratos and the Ferrari 288 GTO, to name just a few, but also the Mercedes-Benz CLK GTR. While it may have looked like the coupe with which it shared its name, the similarities were only skin-deep, retaining only the instruments and headlamps from the luxury coupe. It packed a 6.9-liter V12 smack in the middle, sending over 600 horsepower to the rear wheels for a 3.8-second 0-60 time and a 200 mph top speed. Only 25 were made, including 5 roadster versions, each selling for over $1.5 million. The Sultan of Brunei bought the only two in right-hand drive. 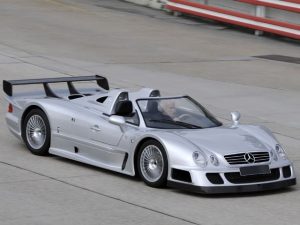 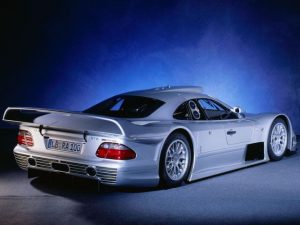 Our final example reaches back into the archives to the 1960s and 70s when Mercedes experimented with a prototype called the C111. A rolling test-bed, the C111 used a variety of engines over the course of its lifetime, including a Wankel rotary, a diesel and a twin-turbo V8. By the time the program was done, the C111 research vehicle claimed a number of speed records, reaching a massive 251 mph in 1979. It would take decades until the Bugatti Veyron would beat that speed at nearly 254 mph, but while Mercedes toyed with the idea of a production version, it ultimately never made any for public consumption. 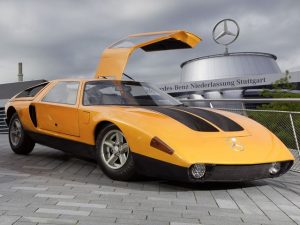 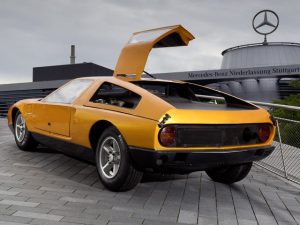