Tesla Model S Kicked Off 2013 By Outselling Its German Rivals

If we told you that an electric car outpaced BMW, Mercedes and Audi to start of the year, you would likely be making sure you haven’t figured out time travel by mistake. Well, folks, this is no glimpse into the future; it’s reality (sort of).

During the initial three months of 2013, the Tesla Model S actually managed to beat BMW, Mercedes and Audi in total registrations in the U.S. for similar models. The S-Class saw 3,077 registrations, the BMW 7 Series had 2,338 registrations and Audi pulled up the rear with 1,462 A8 deliveries. In the same amount of time, the Model S saw 4,750 new registrations, beating all three of the German giants.

Sure, the Model S is a totally different kind of car that is prone to seeing sudden spikes in registrations and it lacks the internal competition between models that Bimmer, Benz and Audi all have. Additionally, buyers get a hefty $7,500 tax credit just for buying the model S. But, the Model S is severely handcuffed by its limited sales avenues, thanks to weird laws in most states that prohibit direct builder-to-buyer sale and Tesla refusing to sell independent franchises.

Another handcuff to consider is the fact that the Model S is an electric car that can easily leave you stranded, should you run out of charge.

Despite the fact that this new information only covers the first few months of the year and is likely skewed by other factors, the pure fact that the Model S can hang with the big boys in sale is a promising sign for Tesla and all electric vehicles. 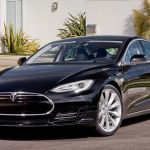 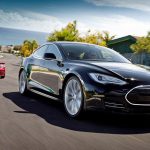 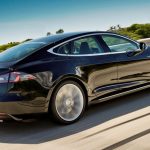