Italian design firm Icona has taken the wraps off the Icona Vulcano supercar concept at the ongoing Shanghai Motor Show 2013. It is a concept that borrows heavily from the current crop of supercars in terms of design. We see aspects of the Dodge Viper, Lexus LFA and the Ferrari F12 Berlinetta among others.

The Icona Vulcano will be offered in two different specifications, the first of which will be road-legal the other a track-day only machine. Interestingly, the road-going model will actually be the V12-powered 950hp Vulcano, while the racing version will be powered by the small V6 engine combined with two electric motors to deliver an extremely impressive 870hp.

Icona claims that the former can sprint to 62mph in less than 2 seconds while the racing version should hit 62mph in 2.9 seconds with its V6 engine powering the rear wheels while the two electric motors then power the front wheels. Both cars are then expected to hit a McLaren P1 and Lamborghini Aventador equaling top speed of 217mph. 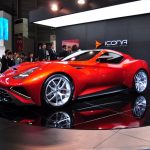 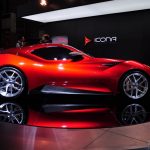 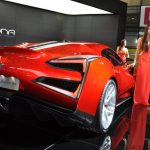 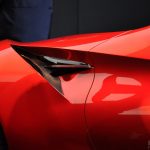 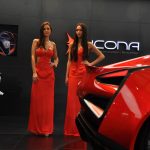