Mclaren P1 seen in the set of Need For Speed

The Need For Speed is going to the big screens. one of the largest and most popular fraquias of racing games need for speed will have awesome cars in the movie and as can be seen in the image above, the new McLaren P1 will be among them.

Besides the P1 Mclaren other super cars appear in the plot as the car is the Bugatti Veyron SS,Koenigsegg Agera R and GTA spano.

Need For Speed The new movie is being fast-tracked at DreamWorks and is being directed by Scott Waugh (Act of Valor). Actors will include Aaron Paul (Breaking Bad), Michael Keaton (Batman) and Dakota Johnson (Ben and Kate).

I hope the film does not skirt the focus of the game that was very successful with the ‘Most Wanted’, insane races and great persecutions besides tune up supercars. 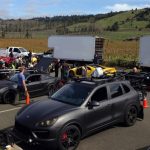 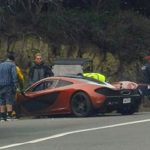