The Lexus LF-LC Concept’s reception at the 2012 Detroit Auto Show was an undeniable a success, but in a world where economics rule that doesn’t necessarily mean production is a given–even with Lexus attempting to inject some much-needed sportiness to its lineup.

Nevertheless, we’ve previously heard that the concept could spawn a production versionserving as the spiritual successor of the SC 430, and that dealers are clamoring for just such a car, and now we hear that the concept has been confirmed for production.

Speaking with Ward’s Auto, Lexus’ vice president of marketing, Brian Smith, explained that the LF-LC was originally intended as only a concept but the overwhelming response to the stunning rear-drive coupe spurred management back in Japan to give it the production green light.

Smith went on to explain that the concept, styled by designers at a studio in California, was built to advance the redefinition of Lexus with emotive designs and advanced technology.

Unfortunately, he failed to mention when we might see a production version of the LF-LC, but with the LFA supercar bowing out of production last December Lexus is in need of a new, emotion-spurring halo model fast.

With Lexus now lagging BMW and Mercedes-Benz in luxury sales in the U.S., a launch date for the production LF-LC may be accelerated to help the brand regain its long-held sales crown.

Pricing estimates for such a model range from between $100,000 and $130,000, making it a clear rival for high-end Porsche 911 models and a new NSX from Acura. Lexus certainly has room in its lineup; pricing for the range-topping LS 600h L maxes out at less than $120,000 and then there’s nothing until you get to the astronomically priced LFA at around $375,000.

A front-engine, rear-drive hybrid powertrain brings the LF-LC together with a sporting layout to match its sporty design. The most recent version of the concept,the LF-LC Blue, is said to be packing more than 500 horsepower from an unspecified hybrid system.

Inside, the cockpit is driver-focused, with scooped side panels and a curved console centering the attention on the behind-the-wheel seat. It’s one of the best-looking designs we’ve seen in a while and we hope any production version stays true to the original lines of the concept. 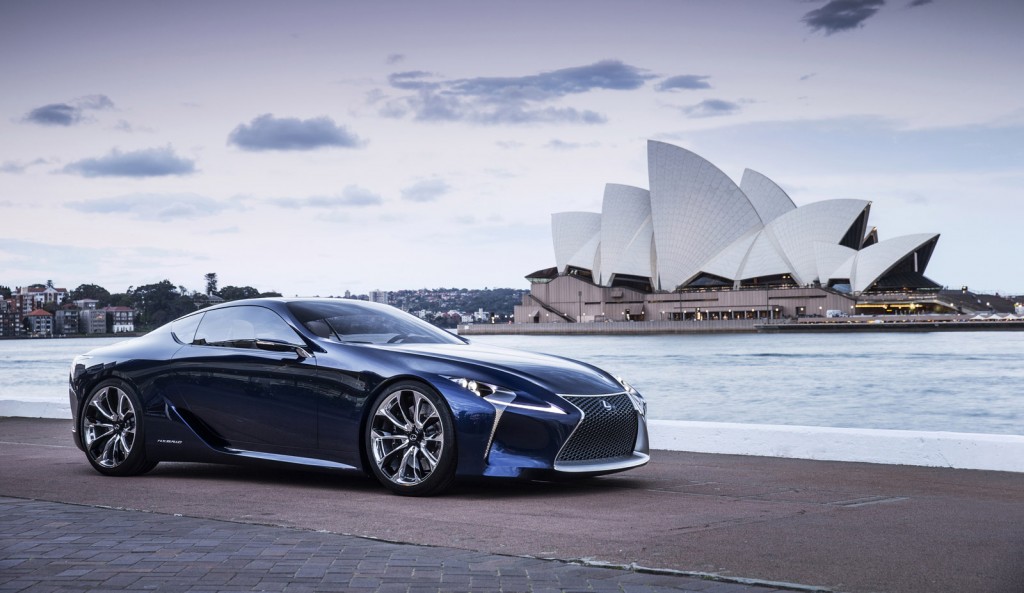 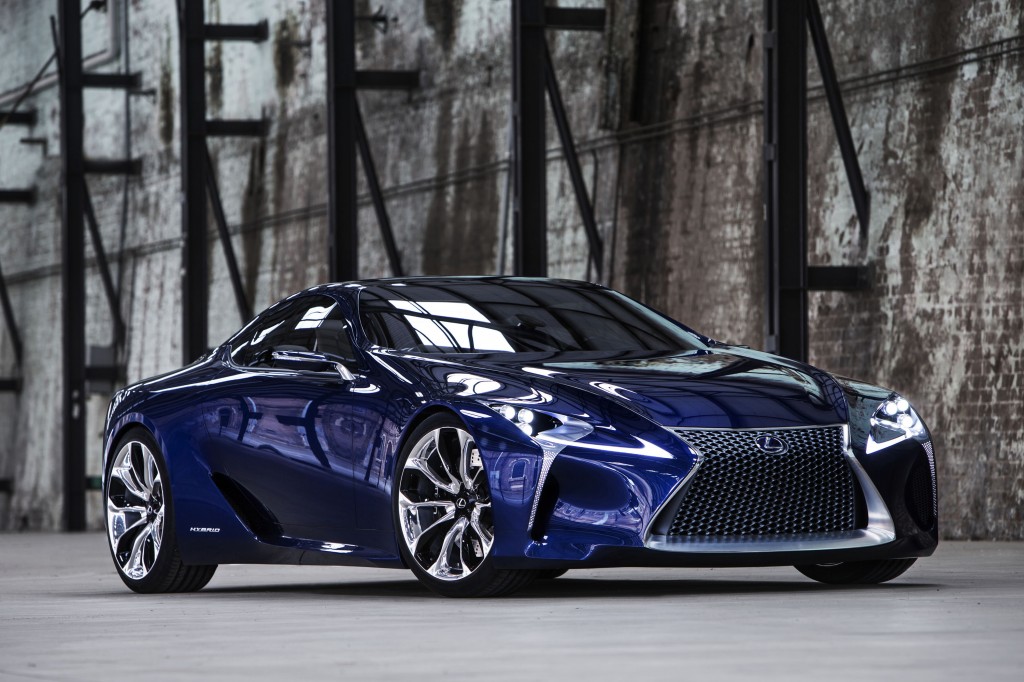 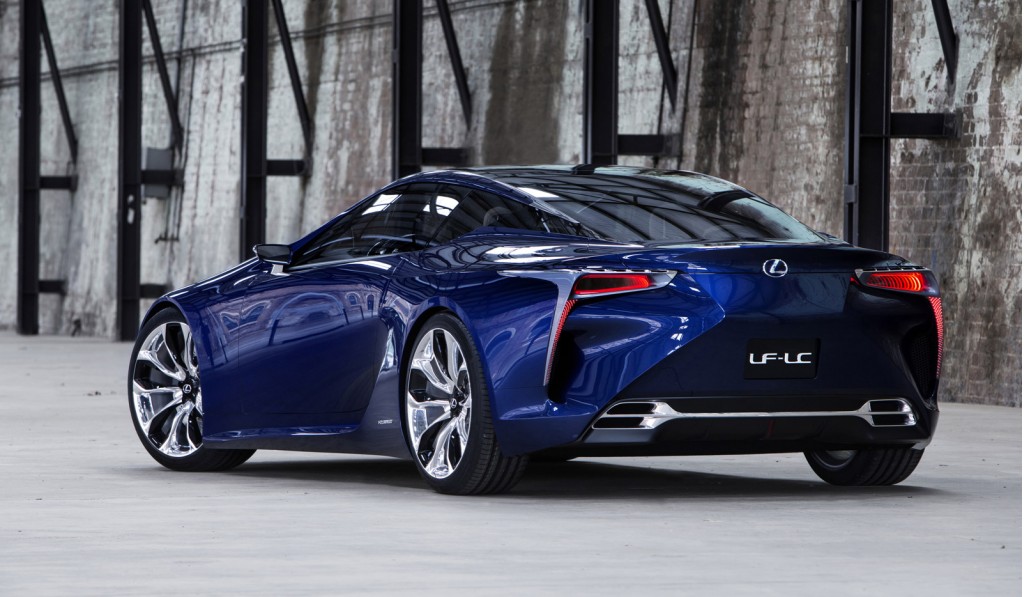 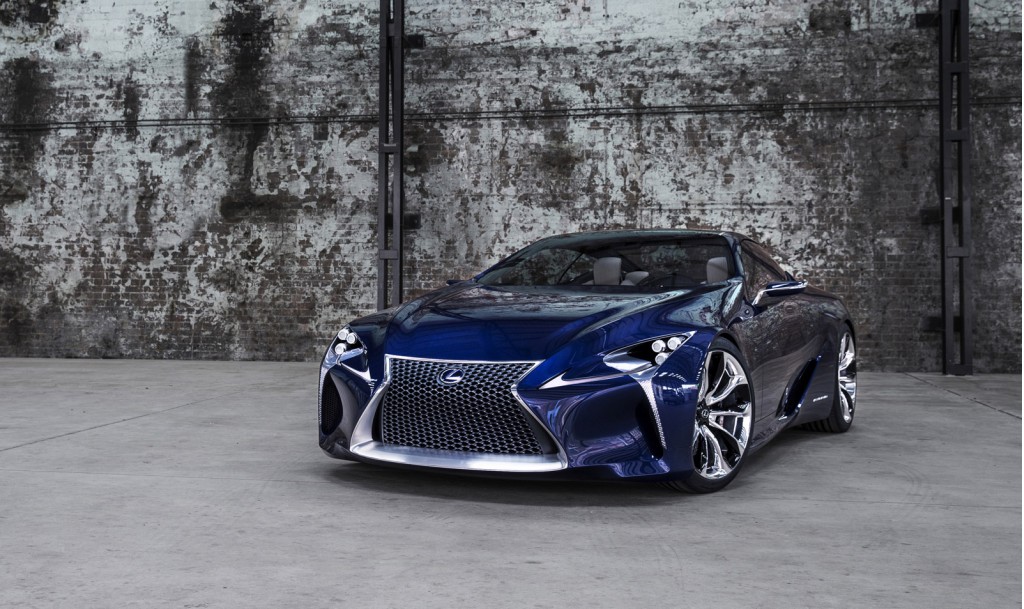 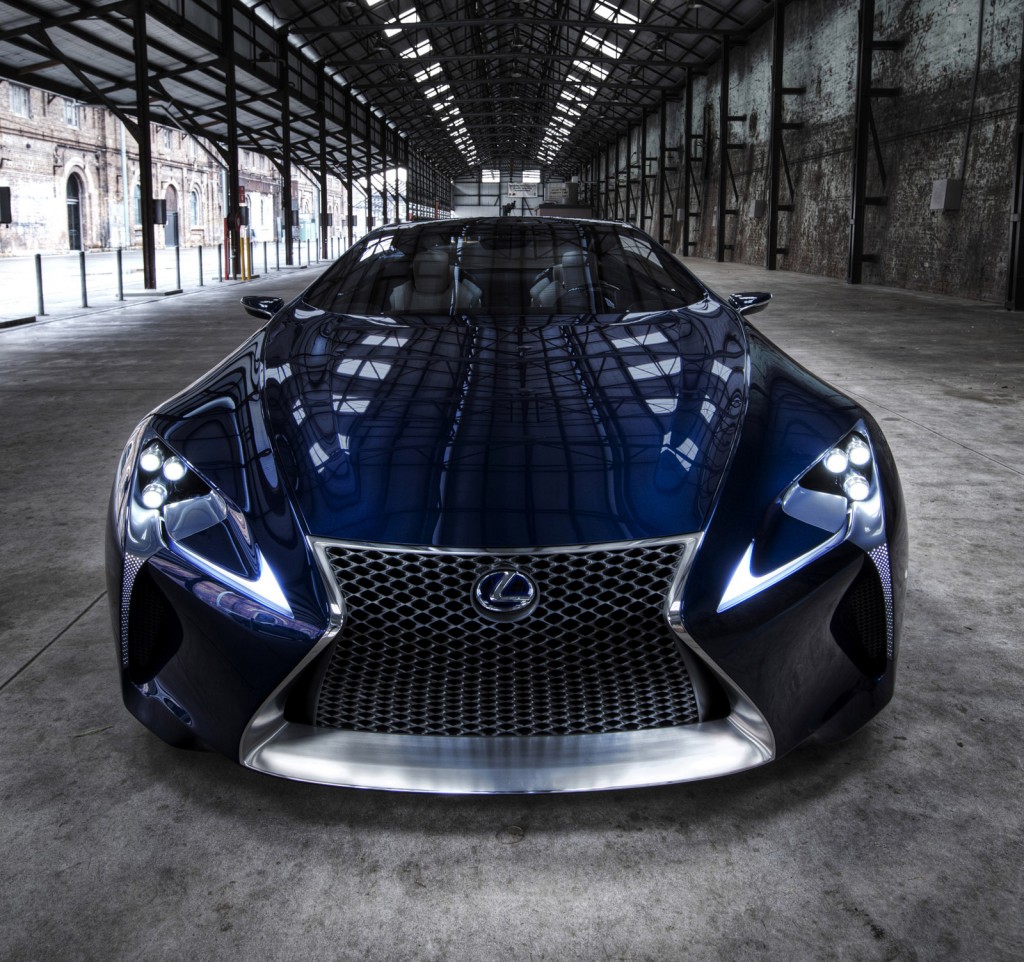 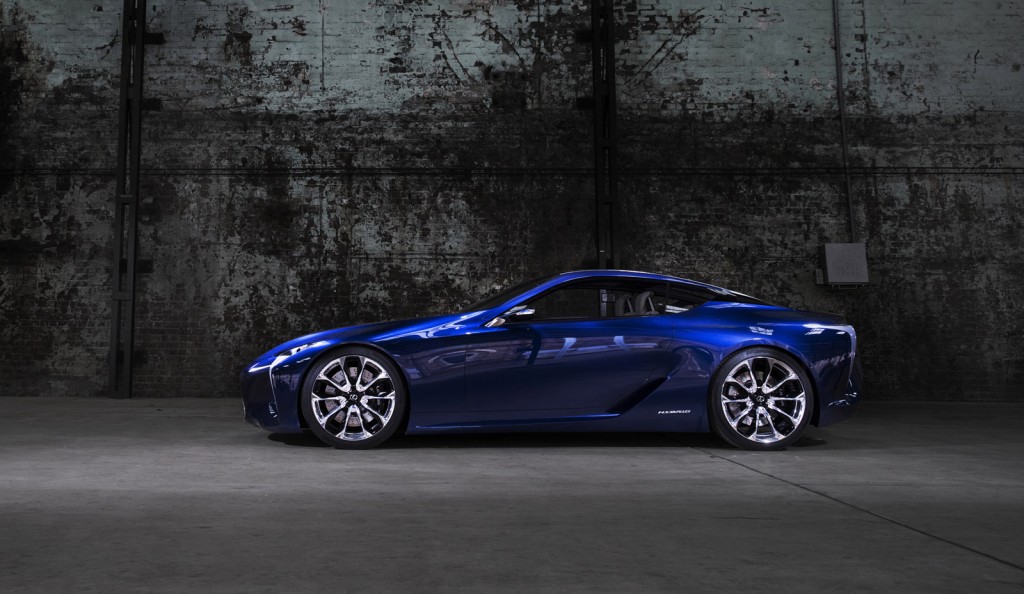 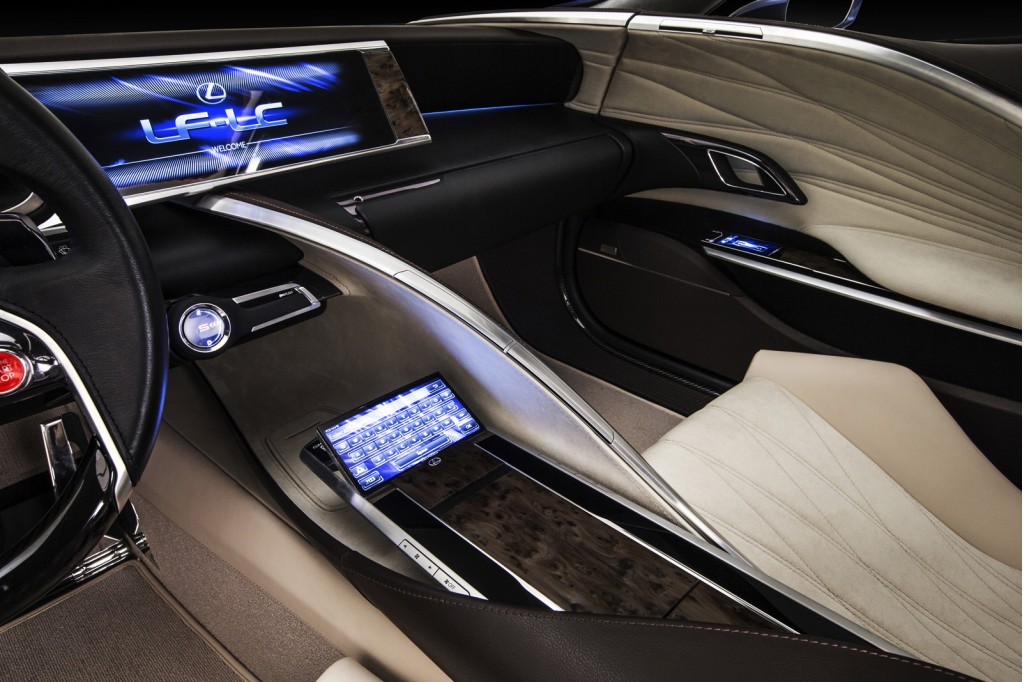 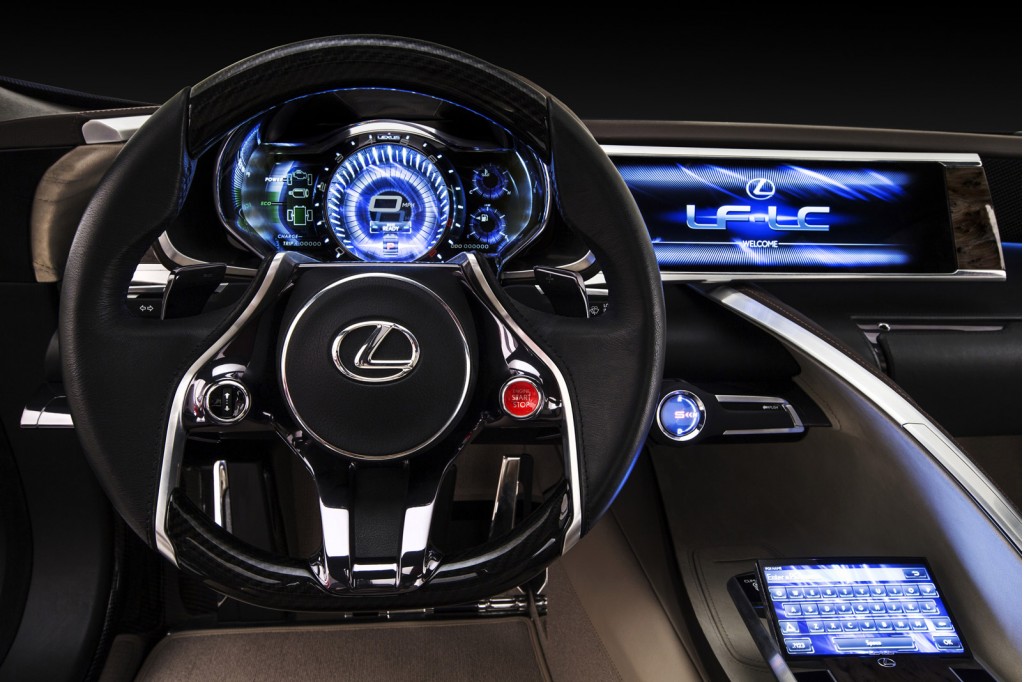 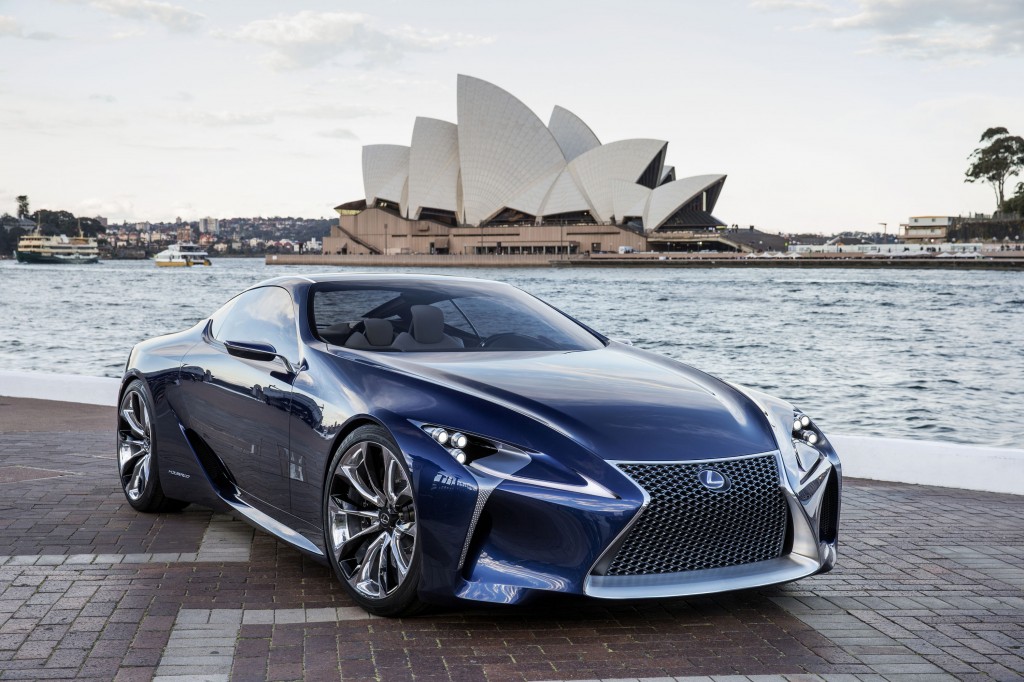 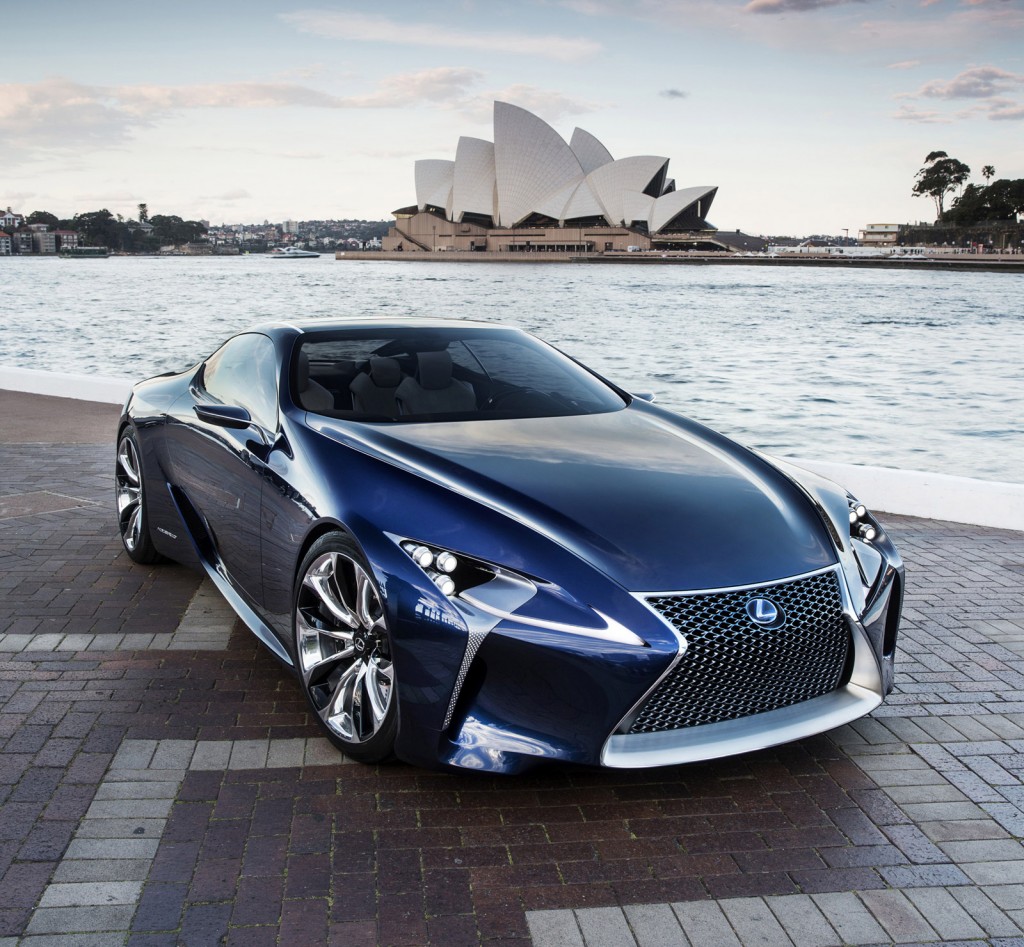 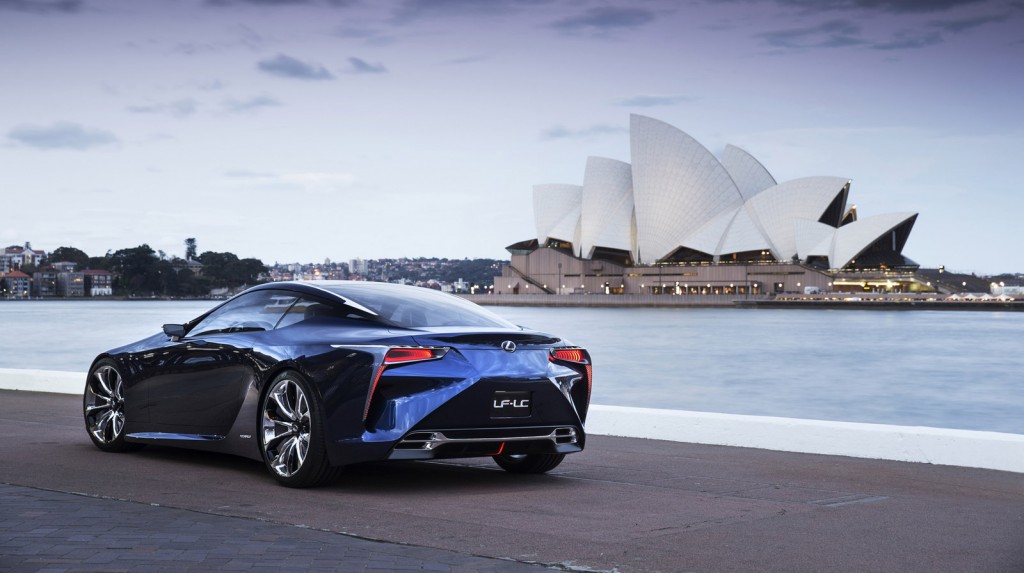