At this point, very little is known about the upcoming seventh instalment to the extremely successful Fast and Furious franchise, but the one thing that’s been confirmed is that Fast and Furious 6 director Justin Lin will not return for its successor meaning the hunt for a new director has begun.

The only other obvious thing we can expect from Fast and Furious 7 is that it will likely follow the plot of the sixth film and feature all our favourite faces such as Vin Diesel and Dwayne ‘The Rock’ Johnson. 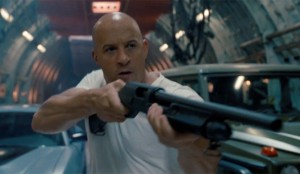