Why the short history lesson? Well, the new generation GT3 has just made its world debut at the 2013 Geneva Motor Show and would be nice to make a comparison between the things that were and the things to come.

The new GT3 is lighter and more powerful than the model it replaces, and it brings innovative features like the first active rear wheel steering in a production Porsche. There is a bad news too unfortunately: the new GT3 will only be offered with a PDK transmission – at least for now! 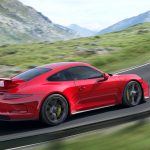 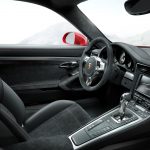