Just when we thought the 2014 Nissan GT-R couldn’t get any better, Nissan proved us wrong. The company announced the launch of the new GT-R Track Edition today at the 2013 Chicago Auto Show, which will join the 2014 GT-R lineup.

While the new Track Edition delivers the same output level as the standard GT-R, the updates made to the suspension, the addition of new fuel injectors and an oil pan baffle make it far better than the standard version.

In order to distinguish it from the standard version, the new Track Edition includes an array of modifications to the interior and exterior on top of the suspension improvements.

Deliveries for the new GT-R Track Edition will begin in May 2013. It will be limited to only 150 units.

So, is the new Track Edition worth whatever price hike that Nissan will place on it?

On the exterior, the new GT-R Track Edition is basically identical to the standard version. It gets large hood bulge, enlarged central air intake, super-wide-beam headlights and front fenders with “aero-blades.”

However, in order to differentiate it from the rest of the lineup, the new Track Edition receives a front spoiler with carbon-fiber air ducts, plus a handmade, lightweight dry-carbon-fiber rear spoiler that helps increase aerodynamic downforce. 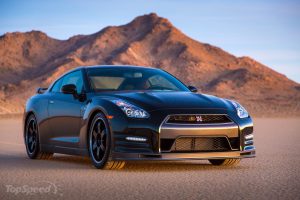 For the interior, the new Track Edition has dropped the rear seats, while the front ones use a special leather and fabric appointments. The rest will be pretty much identical to the standard GT-R and will include a cockpit-style instrument panel with a large, center-mounted tachometer; a large, metallic-framed center console with ergonomically designed shift lever; a red “engine start” button and carbon-fiber interior trim.

The model will include the same video-game-inspired multi-function display, which offers no less than 11 pages of available information, including mechanical and driving information, acceleration, brake pedal pressure, steering angle and a recording function with playback. 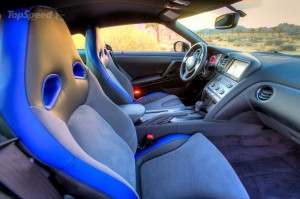 Under the hood, the model keeps the usual 3.8-liter twin-turbo V-6 engine, but for the Track Edition version the engine receives new fuel injectors for enhanced torque response and improved throttle and acceleration feel, plus an oil pan baffle to stabilize oil turbulence and oil pressure under high performance driving conditions. Hm, that sort of reminds us of the JDM-Spec GT-R.

The engine delivers a total of 545 horsepower and a peak torque of 463 pound-feet of torque. It is mated to an advanced paddle-shifted sequential six-speed dual-clutch transmission and sends power to all four wheels via the new ATTESA E-TS all-wheel drive system, which optimizes weight distribution and handling capability. 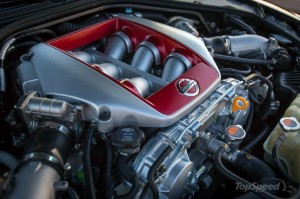 The new Track Edition’s suspension has been specially developed at the Nürburgring Circuit by GT-R development driver, Toshio Suzuki, so it’s no wondering why it’s better than ever. 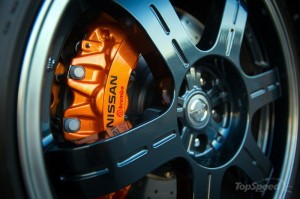 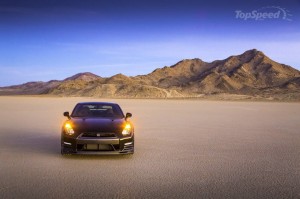